Klaus Herzog successfully completed an apprenticeship as a clerical worker, later as a forester and district forester and finally as a construction machinery mechanics. After years of activity in this business he has gathered a wide-ranging knowledge in forest technology.
In 1992 he founded Herzog Forsttechnik AG with support of his wife Irene and of his father in Zumholz.
Initially the company limited its business to imports, sale and maintenance of forestry machines. In the first 4 years forestry works were executed as well. Using modern machinery, again more experiences could be gathered.
In 1993 Klaus Herzog met the manufacturer of the brand FORCAR forwarders on an exhibition and they decided a co-operation. For 10 years FORCAR forwarders were assembled with Spanish parts in Switzerland and constructive ideas went back to Spain.
After 1997 the Swiss FOCAR was produced 100% in Switzerland.
The last generation of FORCAR produced by Herzog were the FORCAR steep slope forwarders. Equipped by a new technique – a traction winch – the machine was tested for weeks in practical use. The last FORCAR was handed over in 2008. Afterwards Herzog concentrated in construction of traction winches.
In 1994 Herzog Forsttechnik entered into a new successful partnership with the Austrian company KONRAD FORSTTECHNIK.
In 2001 started to produce own series of yarders by the brand name of GRIZZLY which are distributed in Switzerland and in the European area.
In cooperation with PONSSE and its German agent WAHLERS FORSTTECHNIK, Herzog upgrades forwarders and harvesters with traction winches in order to make them suitable for the use in steep slopes.
Today around 300 SYNCHROWINCH traction winches on machines of different manufacturer are in use worldwide.
In 2011 a German branch of Herzog Forsttechnik was established. This resulted in the foundation of HERZOG & REINHARDT GmbH in Delbrück in collaboration with Stefan Reinhardt.
Since the beginning of 2019 Herzog Forsttechnik represents HEIZOMAT with its woods chippers HEIZOHACK in Switzerland – including after-sales service.
The successful partnerships in combination with our own production have continually increased the number of staff members – today we employ around 20 workers.

The HERZOG team is always ready to assist you!

Herzog Forsttechnik AG has a repair shop with electrical department, a metalworking shop with CNC cutting machine, an assembly hall with integrated warehouse and a mechanical shop with milling machines and lathes at your disposal. We are always at your service, equipped with most modern machines and a warehouse to respond to basic needs.

We train metalworkers and construction machinery mechanics.
If you are interested just call us for more information. 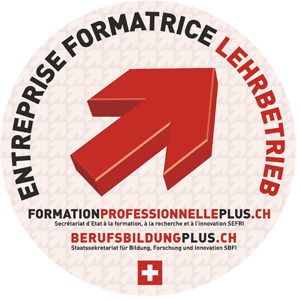